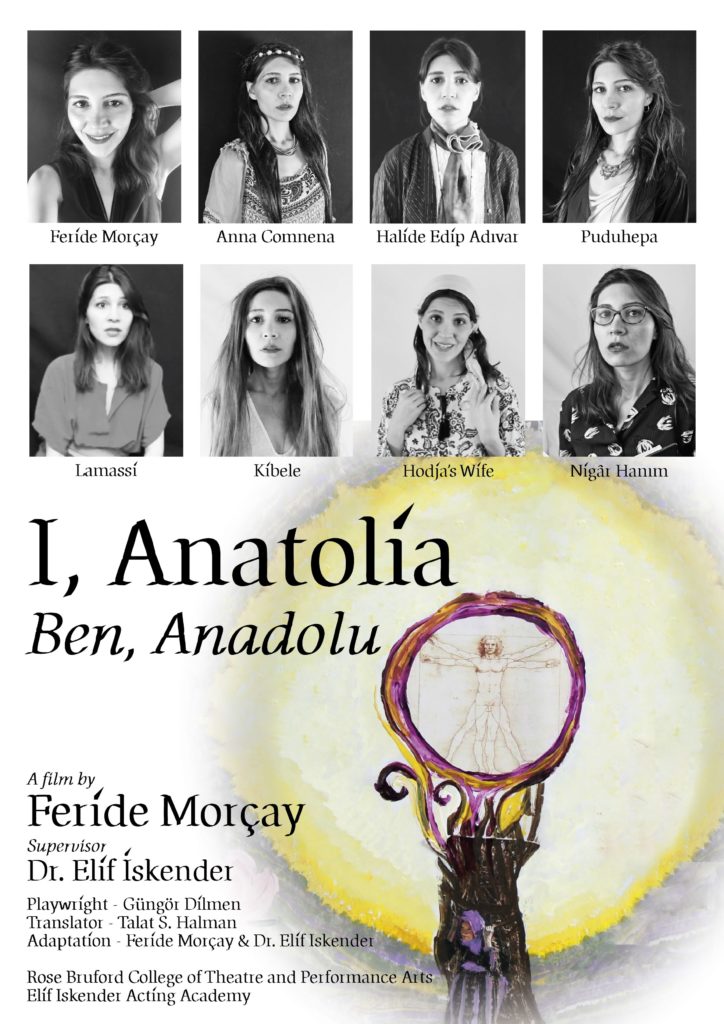 I, Anatolia is a short theatrical film by Feride Morçay, and supervised by Dr. Elif Iskender as an MA Independent Research Project of Rose Brufod College of Theatre and Performance Arts.

I, Anatolia is an adaptation of Turkish play Ben Anadolu written by Güngör Dilmen and translated by Talat S. Halman as I, Anatolia. The play gives voice to Anatolian women from mythological ages through history down the present times. The original Turkish version of the play consists of 32 characters which were narrowed down to 16 Characters in the English version.

In this version, the characters are narrowed down to eight:

The short film is 43 minutes long, and it is available by special request only.