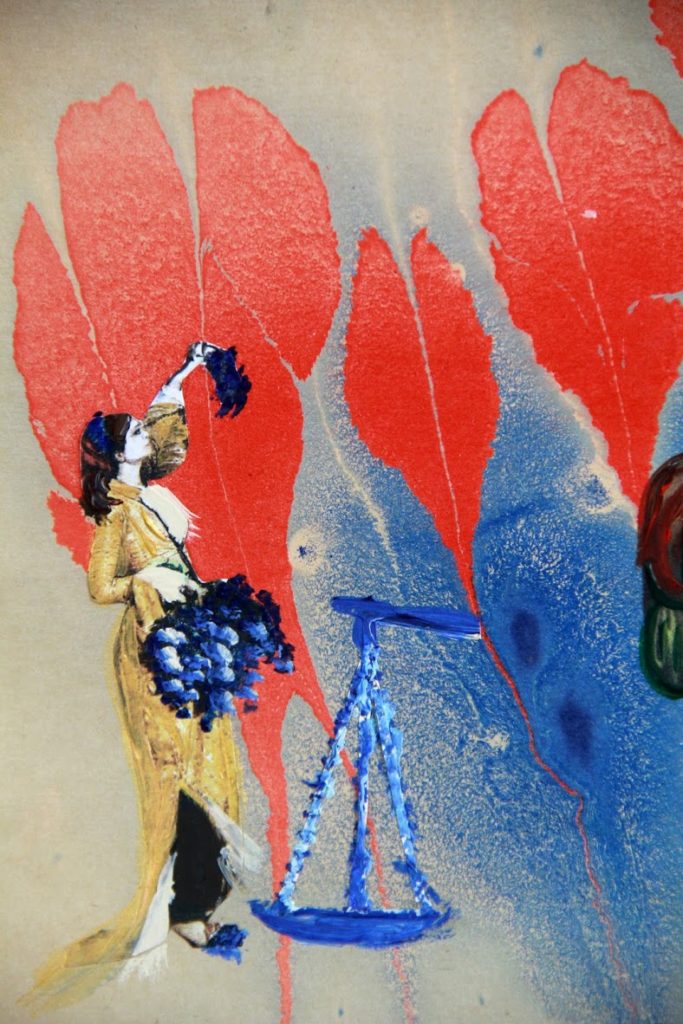 In this version of I, Anatolia the characters are reduced down to eight. I attempted to chose one woman to represent different life stories from different periods. The film starts with Kibele, Anatolian goddess of Hittites from a timeless place, then continues with Puduhepa, The Queen of the Hittites in 1300 BC, Lamassi, a smuggler and prostitute of Hittites in 800 BC; Anna Komnena, Byzantium princess and historian 1083-1130; Nasrettin Hodja’s wife, a humoristic storyteller from 13th century Ottoman Empire; Nigâr Hanım, a poet from Ottoman Empire 1856-1918, Halide Edip, novelist and member of the parliament from the fell of Ottomans and the rise of The Turkish Republic 1884-1964. The last character is Feride Morçay from the present moment in 2020 interpreting the author’s words, which are timeless.

My attempt in prioritising these characters was to give a sense of the big picture while being aware of all Anatolian women that I would not be able to capture, as the actress refers at the end:

“…but who can grasp endlessness?”

The characters spoke English as a universal tongue for Hittites until Byzantium; and Turkish from Ottoman Empire and The Turkish Republic.

“One person one language”

In my opinion, characters gained depth through the change of the language. As the mother tongue of Nasrettin Hodja’s wife, Nigâr Hanım and Halide Edip is Turkish in history. Nigâr Hanım is a multi-lingual poet, and in her part German and French played a significant role, as she expressed some of her bitter emotions towards her ex-husband in French and her feelings towards the political events in German.

Although all these women have different names, bodies, they share something in common: they stand in the middle of East and West, in Anatolia. 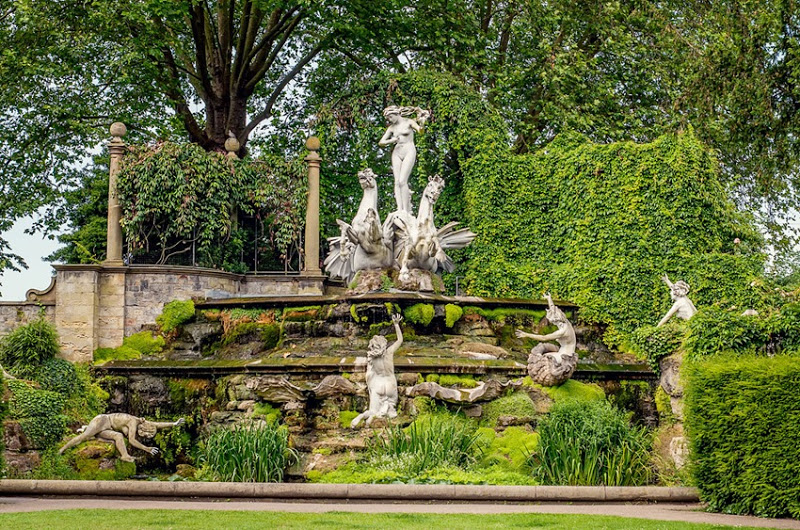 There are seven-woman statues in the garden, all in different levels, different expressions. Most of them are trying to reach the top; one is lost, one is receiving help, giving help. In I, Anatolia, we were mainly concerned with the relationship between the characters’ patterns and the ideal self. To specify, we have researched behavioural patterns that appear through the identity of women (Jung, 1990), and what makes them universal.

These statues that represent Oceanides, Sea nymphs in Greek mythology, which seem to come from the Roman studio of Orazio Andreoni at the turn of the 19th century, have become a symbol for our women in I, Anatolia. The women of I, Anatolia are at different stages in their life, and what they have in common is that they a concerned with the ideal self (York House Society, 2020, Plato, 2007). They are all from different periods, yet they are like these sea nymphs, female bodies going through similar journeys due to their gender. They all go through transformations in the path of becoming their ideal self. 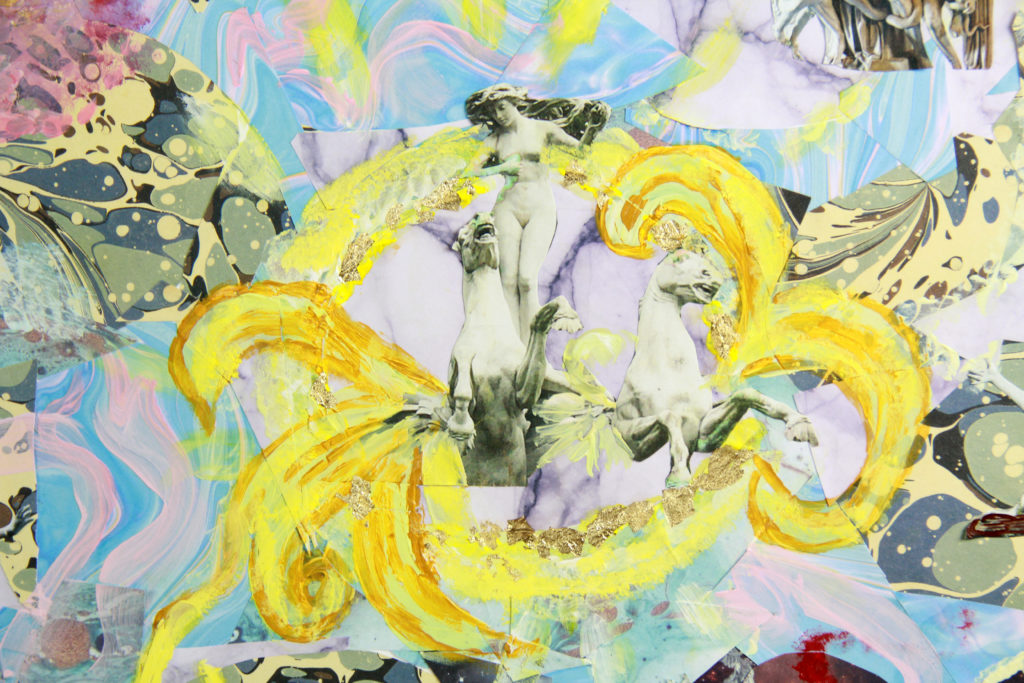 This statue on the left has been an inspiration for Kibele, the goddess of Anatolia, being the ideal self. Nevertheless, even the ideal self on earth has to suffer in this story as she is in a woman’s body, and in 1300 BC, in Anatolia, woman and man were not equal. We are now 2020, Kibele visits the current day, and represent us the ongoing issues.

Ideal form and forms that are trying to reach the ideal is a universal matter. To apply this subject matter, and find depths in the stories of women in I, Anatolia, I used the ‘though-flow’ technique through collage-making and painting. 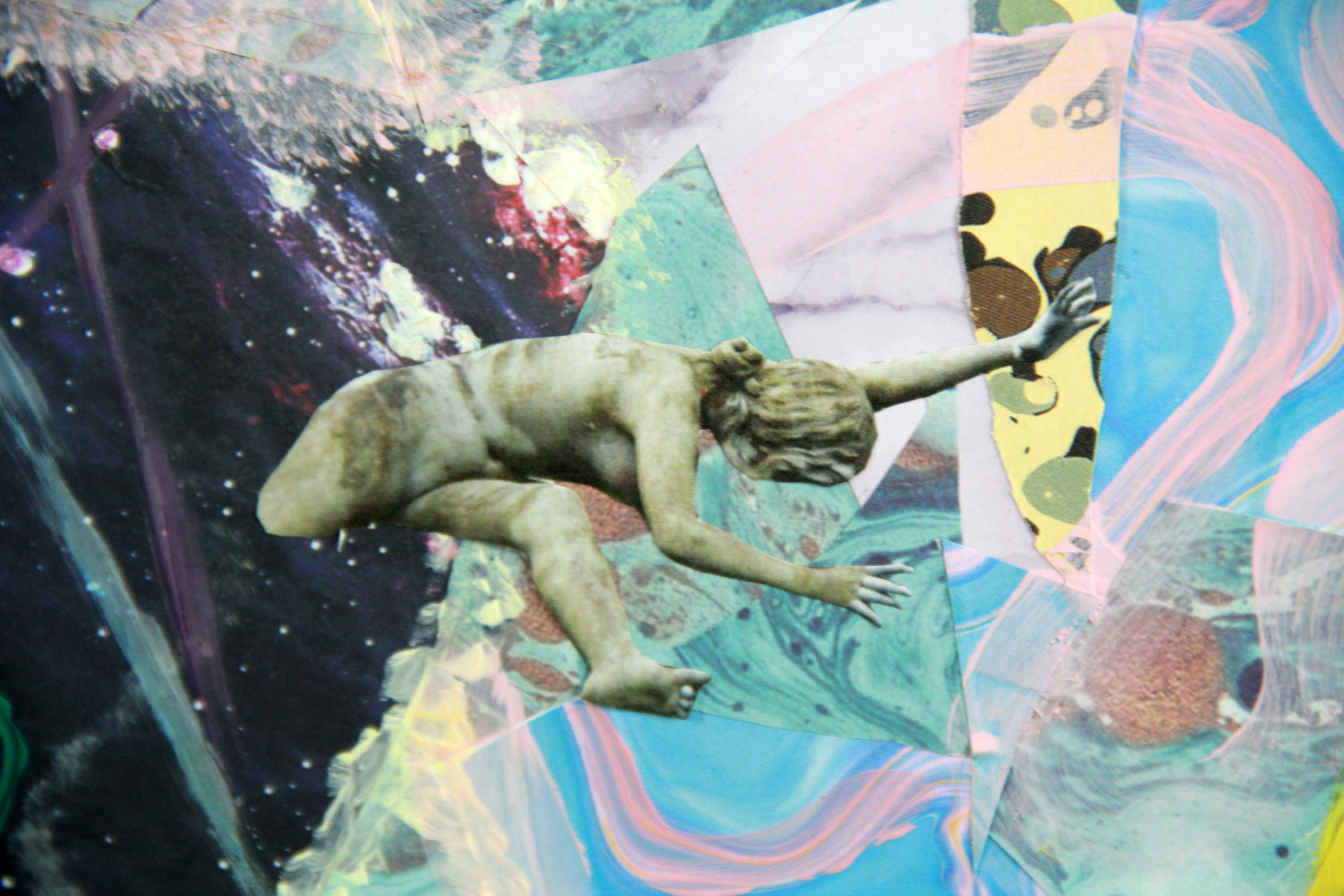 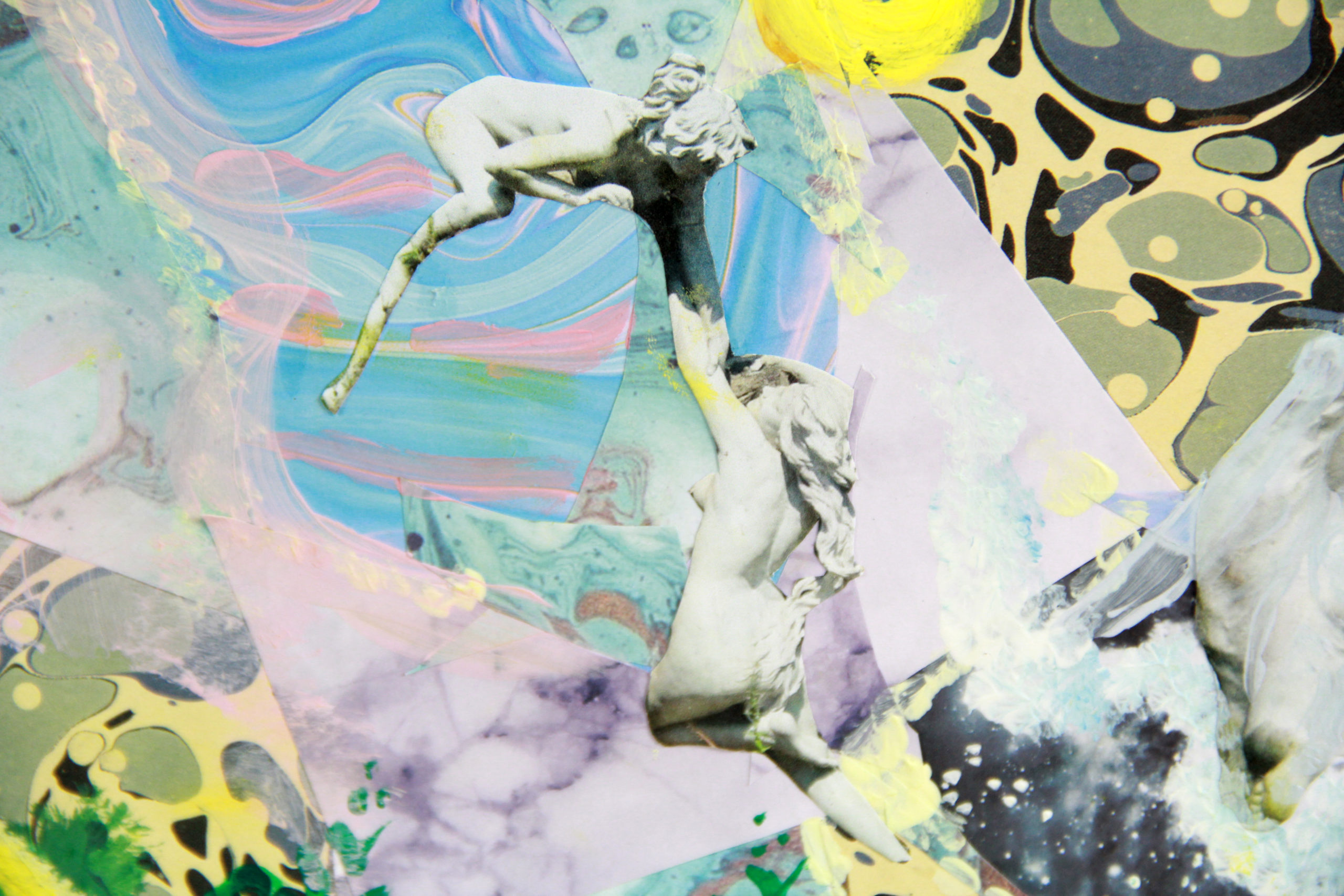 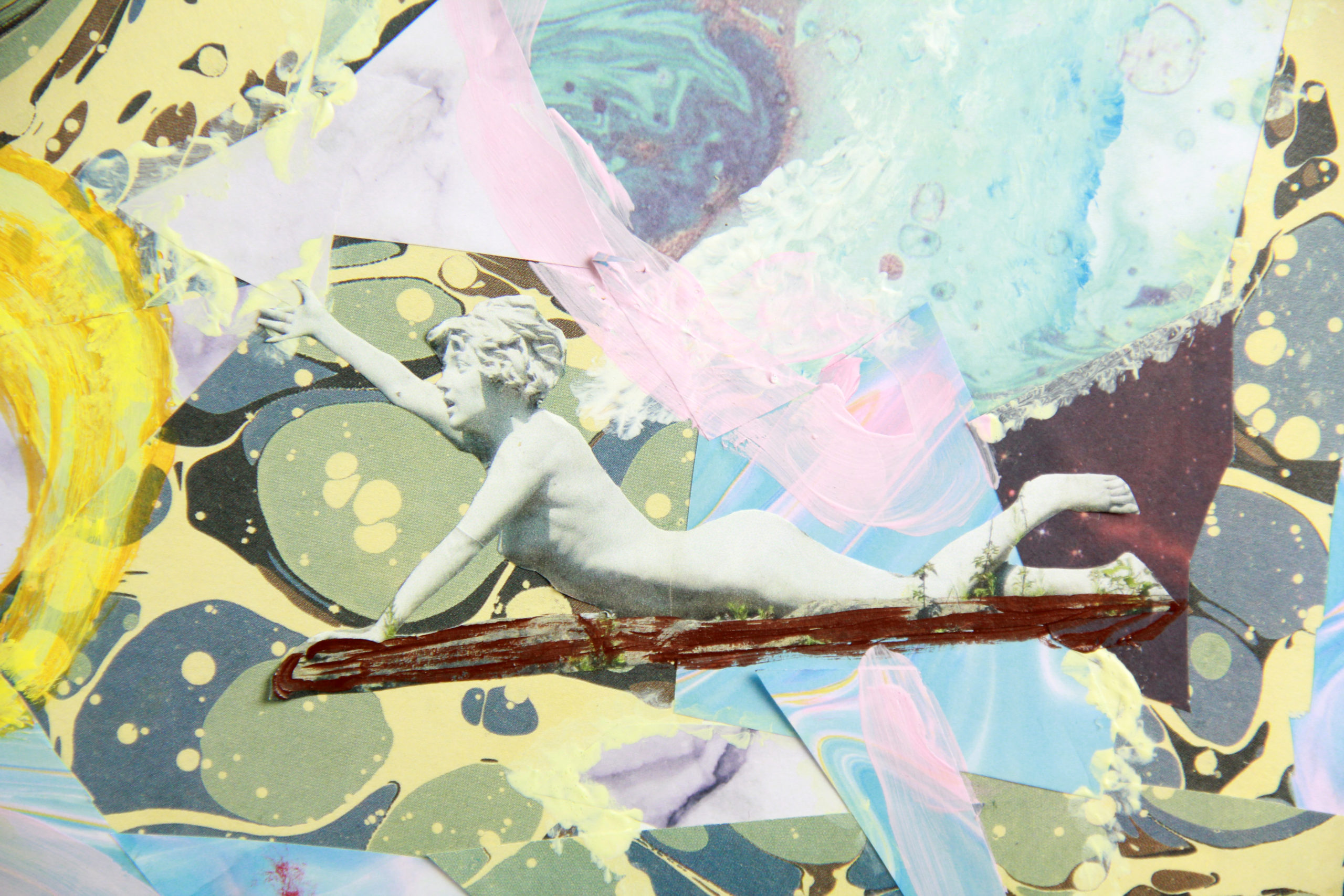 It is about the identity of the woman reaching its highest potential, which is the progress of ‘the soul’. As Jung refers, the core of psychology comes from a ‘holy’ place, ‘the soul’ refers to the holiness of a persona (Jung, 1990).

What makes us 'human'?

“Through man, and woman, and sea, and star,
Saw the dance of nature forward far;
Through worlds, and races, and terms, and times,
Saw musical order, and pairing rhymes.”

Emerson says, look at nature, and you will understand the human being (Emerson, 1993: 194). A woman is like a flower. In my perspective, what carries a woman to her highest potential is unconditional love, belief and compassion.

Yet questioning ‘the essence’ requires questioning of ‘the identity’, as identity can be seen as a layer on the essence. Our identities are liquid (Blackman, 2010), meaning that they are open to change frequently; we need to be aware of the subtle changes not get dwelled in them. 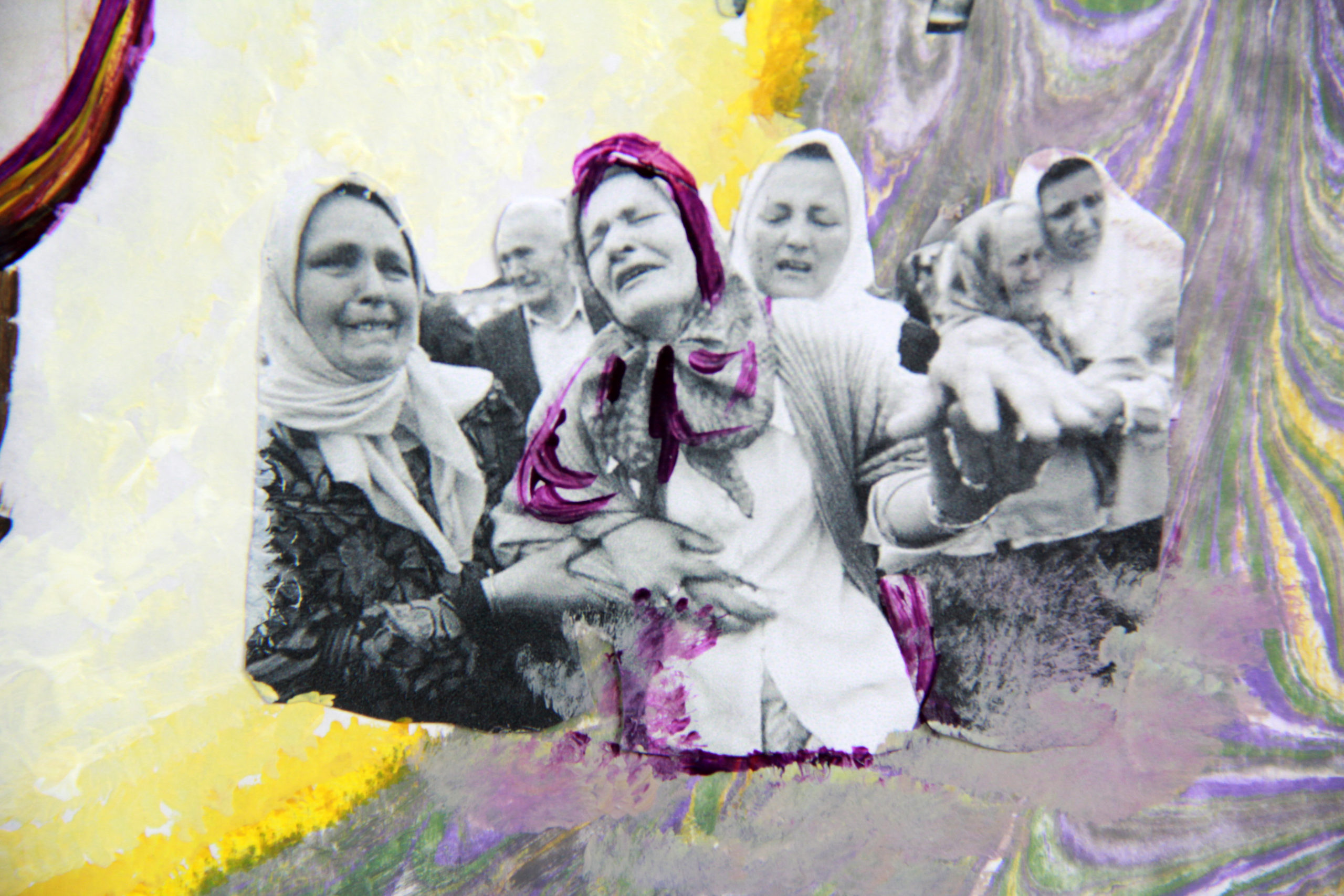 There is a focus point that changes the inner and outer physiology, and the tongue. Each woman must have a different focus point (Iskender, 2020). In other words, the actions of brain and the actions of the heart changes depending on your focus. Emotions, and the change in between them is related to the function of the brain and the heart. The feelings are about the meaning we create (Iskender, 2020).

To think, to feel and to be. 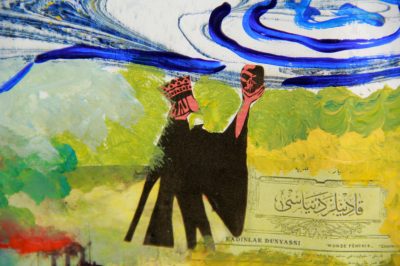 The form of this project has evolved as cinematic theatre. Due to Covid-19 when it was not possible to have a public performance, the accesibility of film helped us to put our ideas into realisation.

We need art that is transformative, that carries humanity to a more virtuous place. As Iskender says, we need art more than anything, in a world where the human being is ideal, where the earth is balanced, we would not need art (Iskender, 2020). These words have been a motivation for the actualization of  I, Anatolia.

We need to be selective with our consumption art, and question what art should be. I attempted to focus on the aesthetics and virtue of its content while creating this project.

Some choices were made instinctively and some intellectually. Some characters use more of their instinct than their intellect.

During our work on characters and text, I, as an actor, have been timid at the beginning. Then I have come to a realisation ‘I am naked for a great reason‘. However, to be completely naked as an artist for me is an ongoing process.
‘I had no shame in the past when I was performing‘ I said. Dr Elif responded ‘it is perhaps you were wearing a mask at the time‘, which means that I am not afraid if I am not naked.
Dr Elif encouraged me ‘let yourself be free, get stupid‘. And I have realised I had to stop intellectualising in order ‘to be‘.
My muscle memory is a blockage for me to embody a new form fully, it will take time. The process is ongoing. 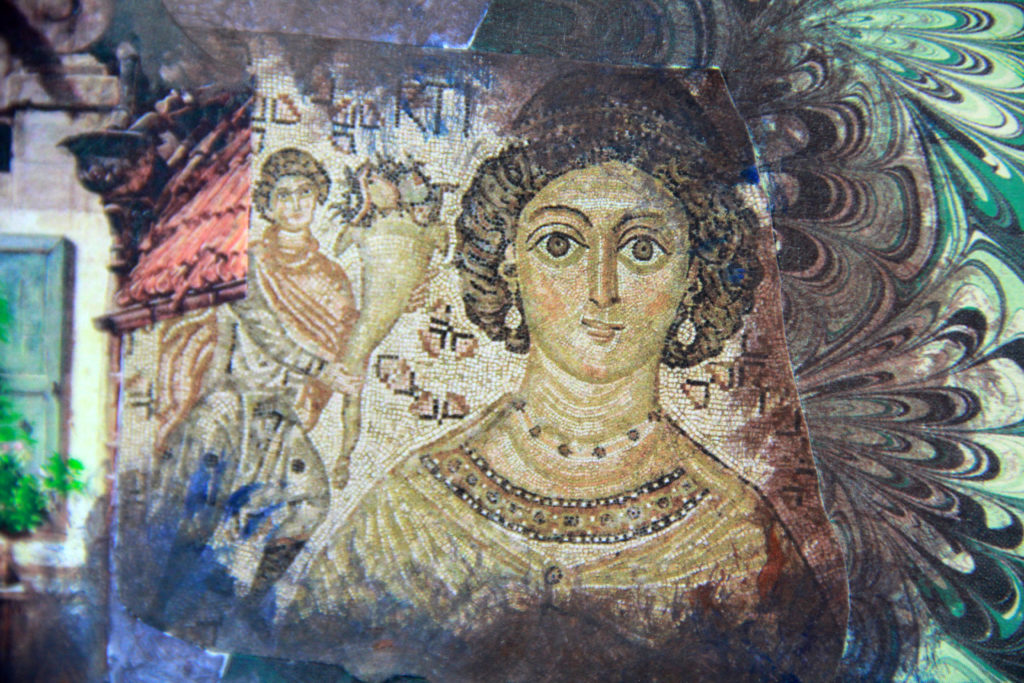 Honestly, openly, nakedly, to be able to look into people’s eyes.

In my own words, ‘to be able to open and share your soul‘ is genuinely ‘to be‘ a true artist, actor.

It is crucial for an actor to maintain believing. When you believe, the spectator believes (Iskender, 2020). When you have a doubt even for a second, then the spectator will have doubt too. And perhaps they will lose their belief, and call you a bad actor.

In order to be, you must leave your ego behind, leave your mould and patterns behind, yet you have to be able to collect them later on (Iskender, 2020). You need to collect them because who you are has to be protected and valued as an actor. 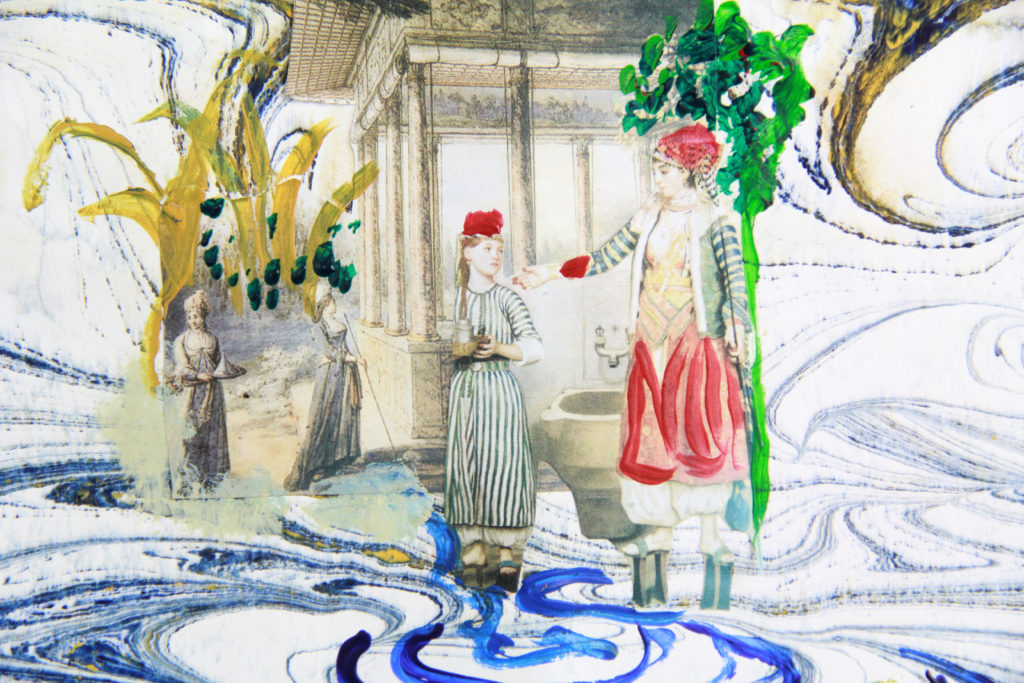 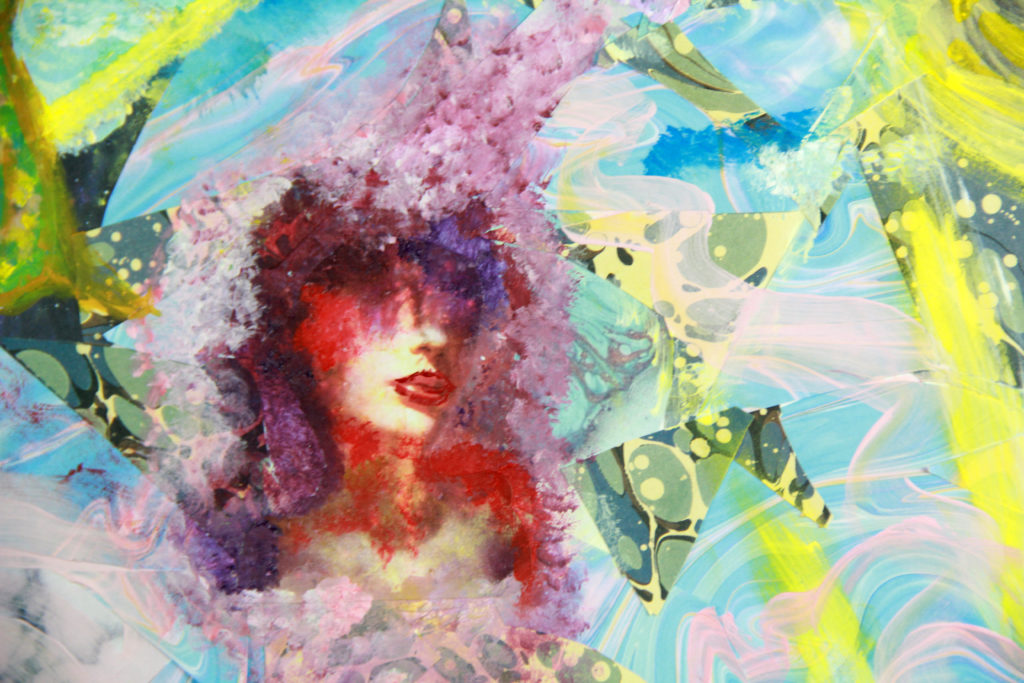 Perspective has a crucial role in the path to transformation. Iskender emphasizes that actors heal themselves and others (Iskender, 2020). Katharsis, purification of the soul, happens when we experience human patterns, emotions through a different form. But the actor and the artist must not create hysteria; it must not be for the satisfaction of the ego. Instead, it should come from a good place.

I, Anatolia is a collaborative project that focuses on the transformation of the human being through the lens of Anatolian women. 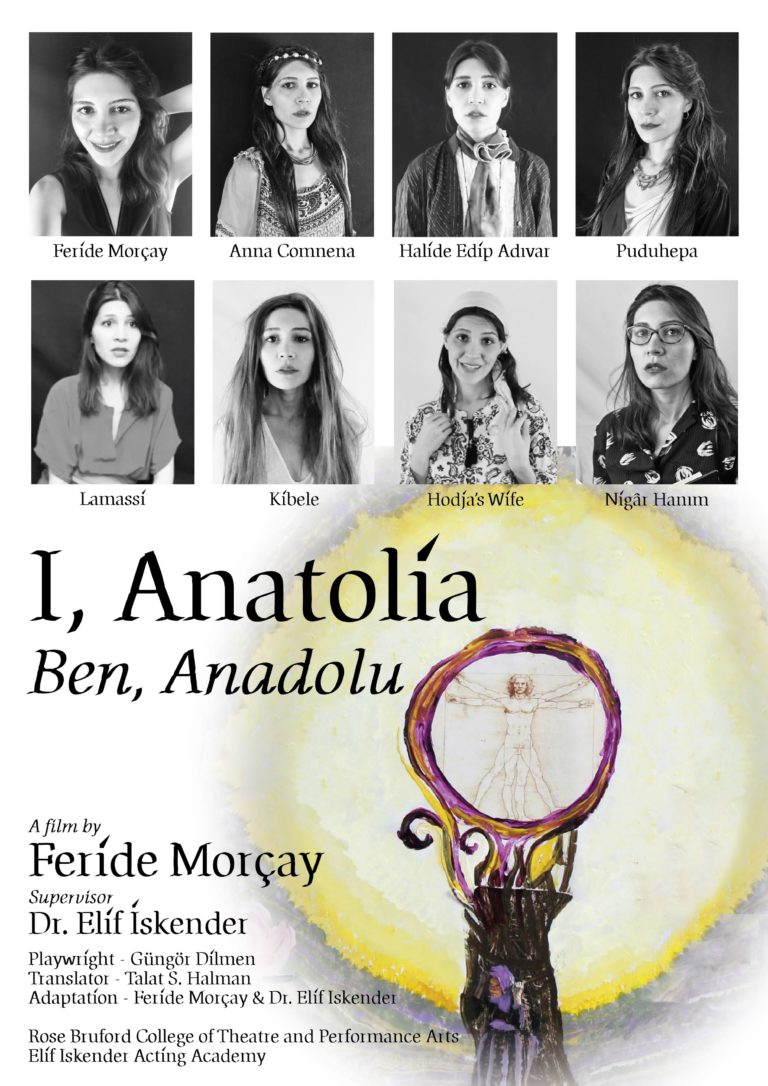